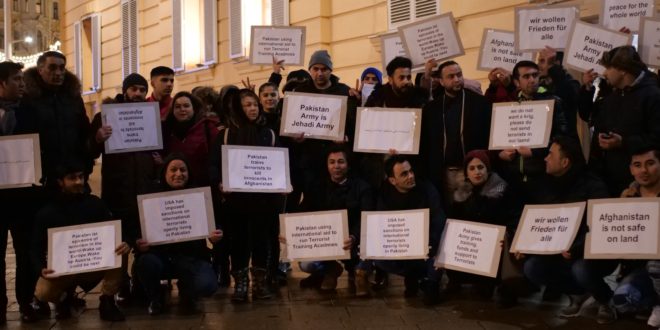 Vienna: Afghanistan Culture, Integration and Solidarity (AKIS) association organized a protest in Vienna on 30 December in support of the victims of terrorists’ attacks who lost their lives in Afghanistan in 2018. Several dozen Afghans had participated in the demonstration to express their solidarity with the people of Afghanistan on the number of incidents that killed and injured thousands of Afghans during the last year.

According to several demonstrators, Pakistan has provided sanctuaries for the Taliban since the group was ousted from power by American forces in 2001. Taliban refused to hand over Osama bin Laden to Americans who masterminded 9/11 attacks on U.S. soil. Pakistan provided housing for Osama for over a decade until he was killed by U.S. Special Forces raid in Abottabad, Pakistan in May 2011.

“Where was Osama bin Laden? Osama bin Laden was the biggest terrorist in the world and he was in Pakistan. Why the world is just watching and doing nothing to stop Pakistan from exporting terrorism to Afghanistan? Why NATO soldiers get killed in Afghanistan? Because the terrorists come from Pakistan and kill the soldiers and other innocent Afghans,” Ghoussudin Mir, head of AKIS said during the demonstration.

The demonstrators also warned Europe and Austria in particularly to look at Pakistan as terrorism exporter. “Pakistan is the epicenter of terrorism in the world. Wake up Europe! Wake up Austria! You could be next!.”

The participants of the demonstration issued a resolution, which a section reads as “We want the international community to destroy the terrorists training camps in Pakistan. The world has to close the training camps of Haqqani Network, Hafiz Saeed and hundreds of more terrorists groups in Pakistan. As long as these groups operate freely in Pakistan, the region and the world will not live in peace.”

Haqqani network is the most brutal group of Taliban insurgents that fight the U.S.-led NATO forces and the Afghan government for nearly two decades. Hafiz Saeed is the co-founder of Lashkar-e-Taiba and the chief of Jama’at-ud Dawah, a UN-designated terrorist organization that operates openly from Pakistan.

Pakistan has always prevented peace and stability in Afghanistan. Because of its malice role, the U.S.-led coalition military intervention has reached a stalemate in Afghanistan after nearly 18 years of fighting. The Taliban have received tremendous financial and military support in these years.

If the U.S. government and the regional powers would like to see an end to the Afghan war, it is imperative to convince Pakistan to stop the sources of support to Taliban, Haqqani network and Daesh fighters. Peace and stability in Afghanistan means peace for the region. 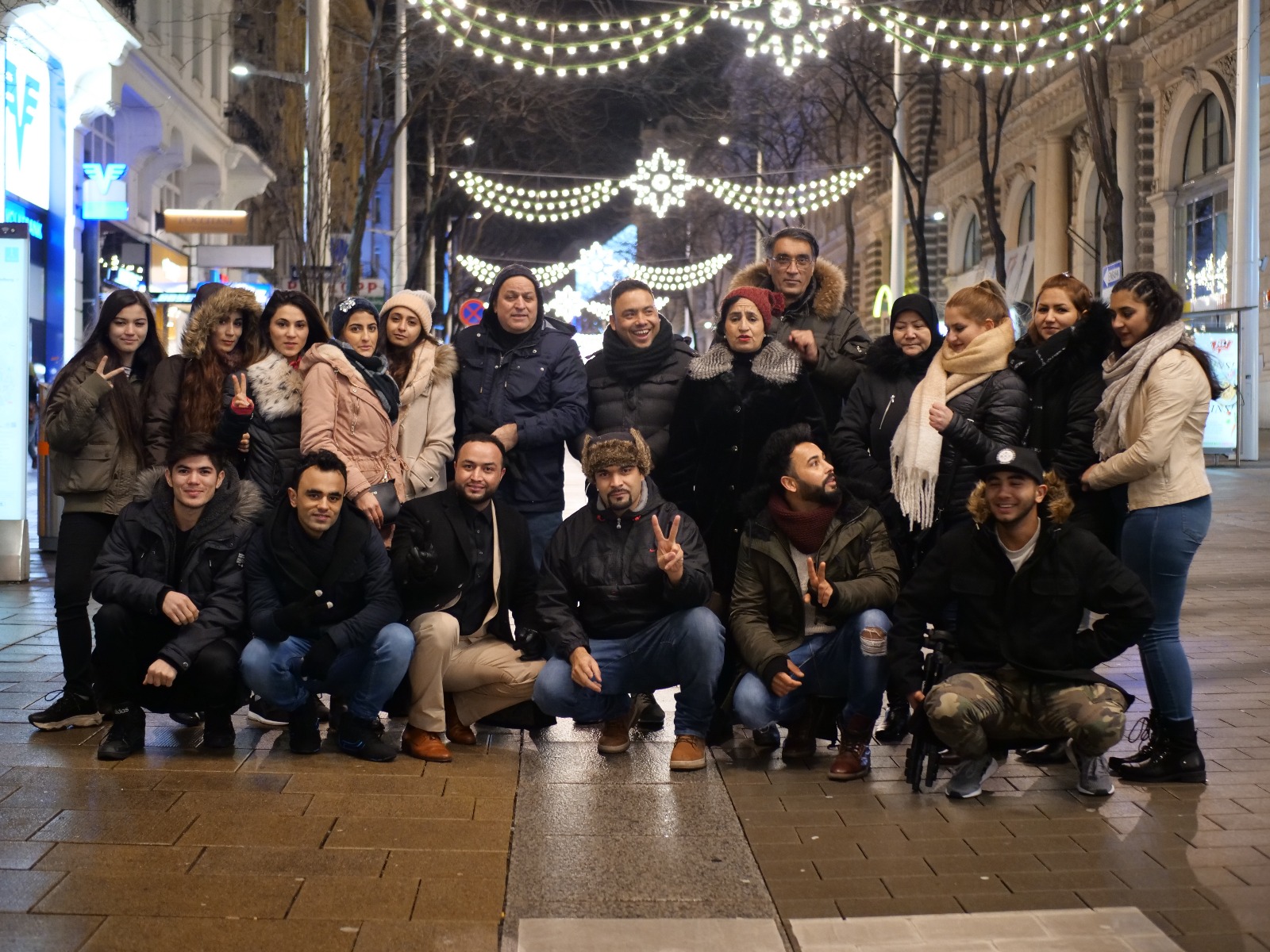 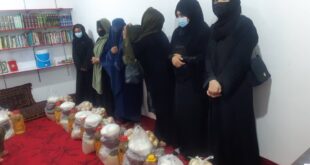 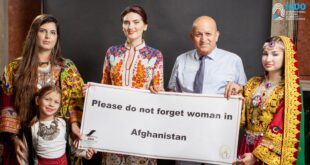 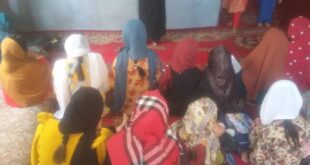 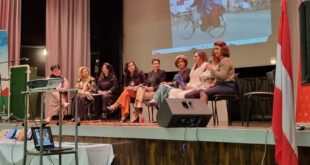 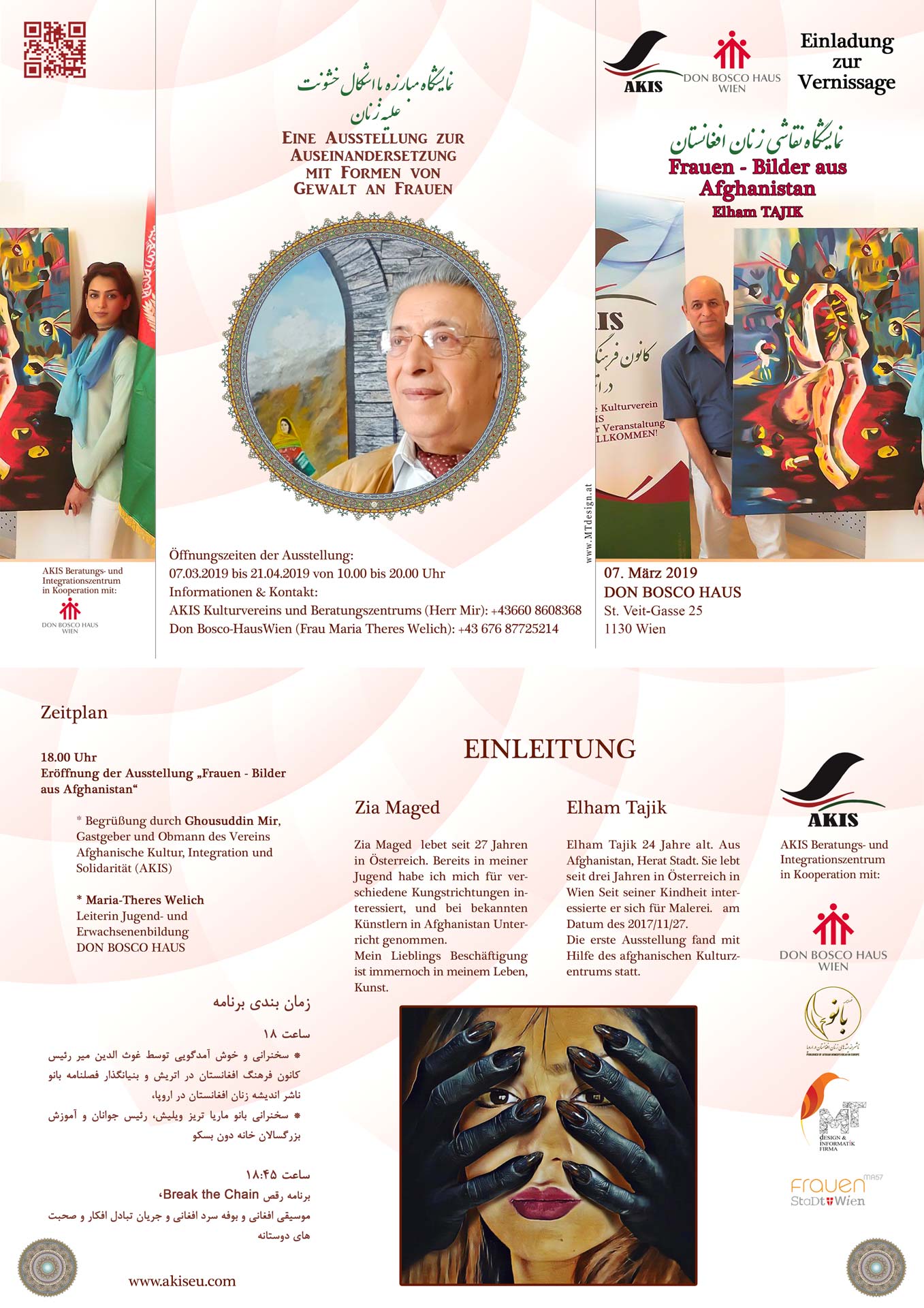